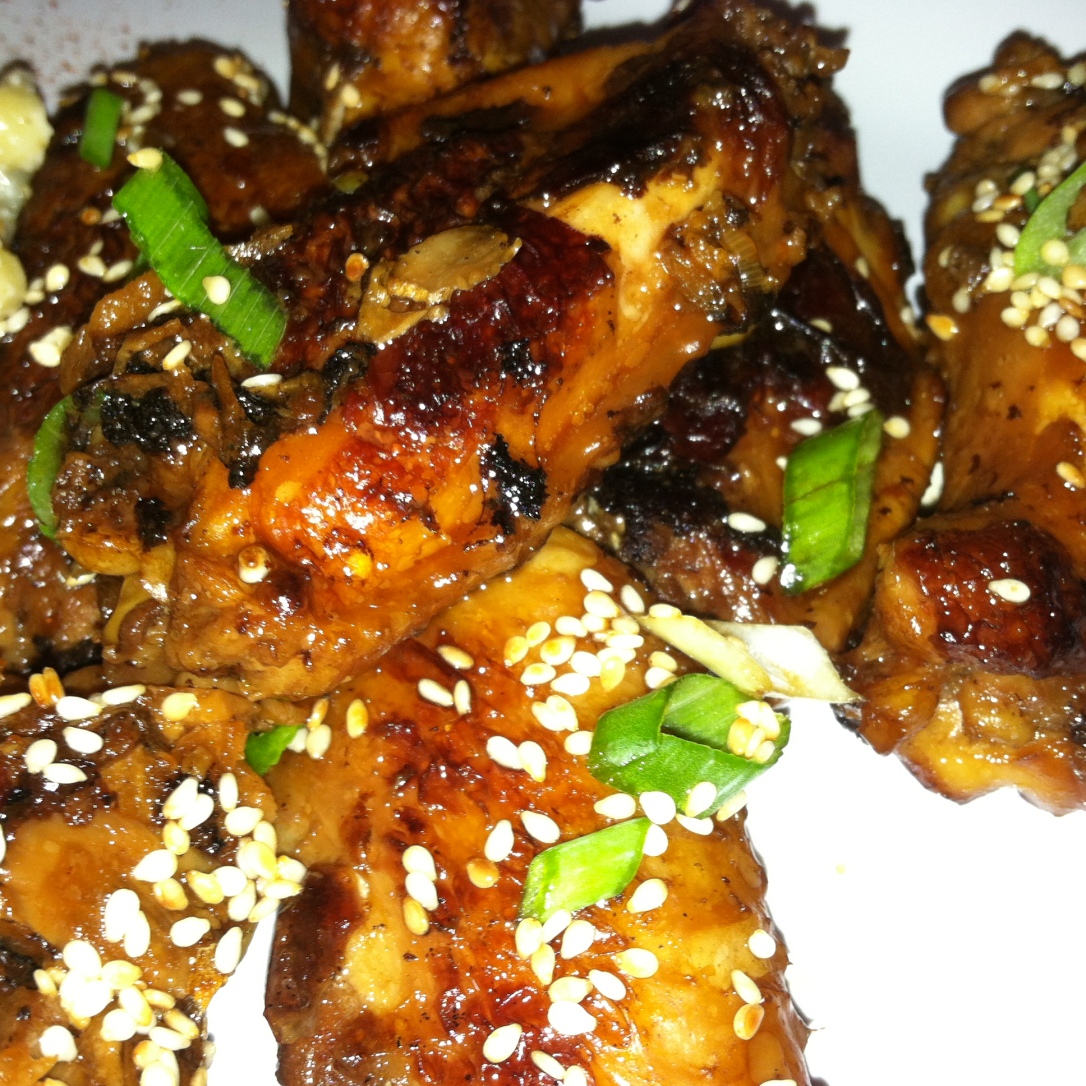 May I present to you…. Chinese Coca Cola Wings!

I have been craving oooey gooey wings for a while now. I dont know about you guys but there is something about sports bar wings that just does it for me! Now when I get out of work, do I necessarily want to take the drive into the city for these suckers? Meeeeeeh, not so much. In this case, I resort to making my own at home. Do they always come out just as good? Well that depends on the recipe really. Mostly yes, but occasionally I run into a dud. I think of all the recipes on the majestical computer machine… I really have to read the reviews on these suckers. Usually there is someone who has taken the time to makes these little gems, and you can really save some time if its  fop, someone will usually say so.

This recipe on the other hand… was a GINORMOUS hit! I found this magical creation on Pinterest from Better Home & Garden. It was honestly the best chinese inspired wings I have ever had, and even better the next day! I will most certainly be making these again and again… I am more specifically thinking for our pool parties among other events as well. So easy and successfully knocks anyone’s  socks off!

First things first, pour your self a nice stiff one. Its been a long day and look…. Saki approved!

Before we begin…. brace yourself with a nice few sips of some liquid courage!

Prep your garlic by peeling them then thinly slicing. Set aside. 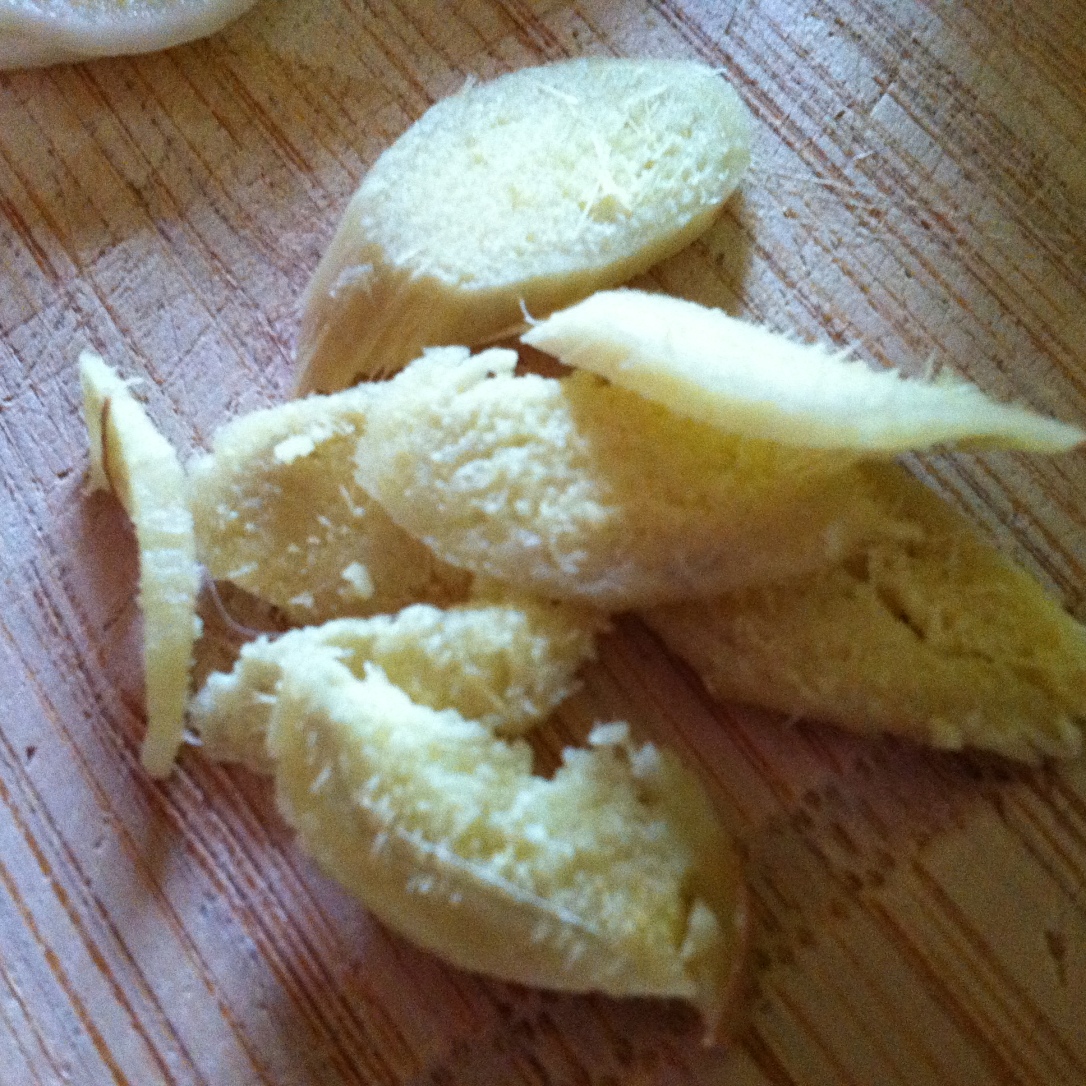 Same thing with your ginger… peel then thinly slice them up. Once again, set aside. 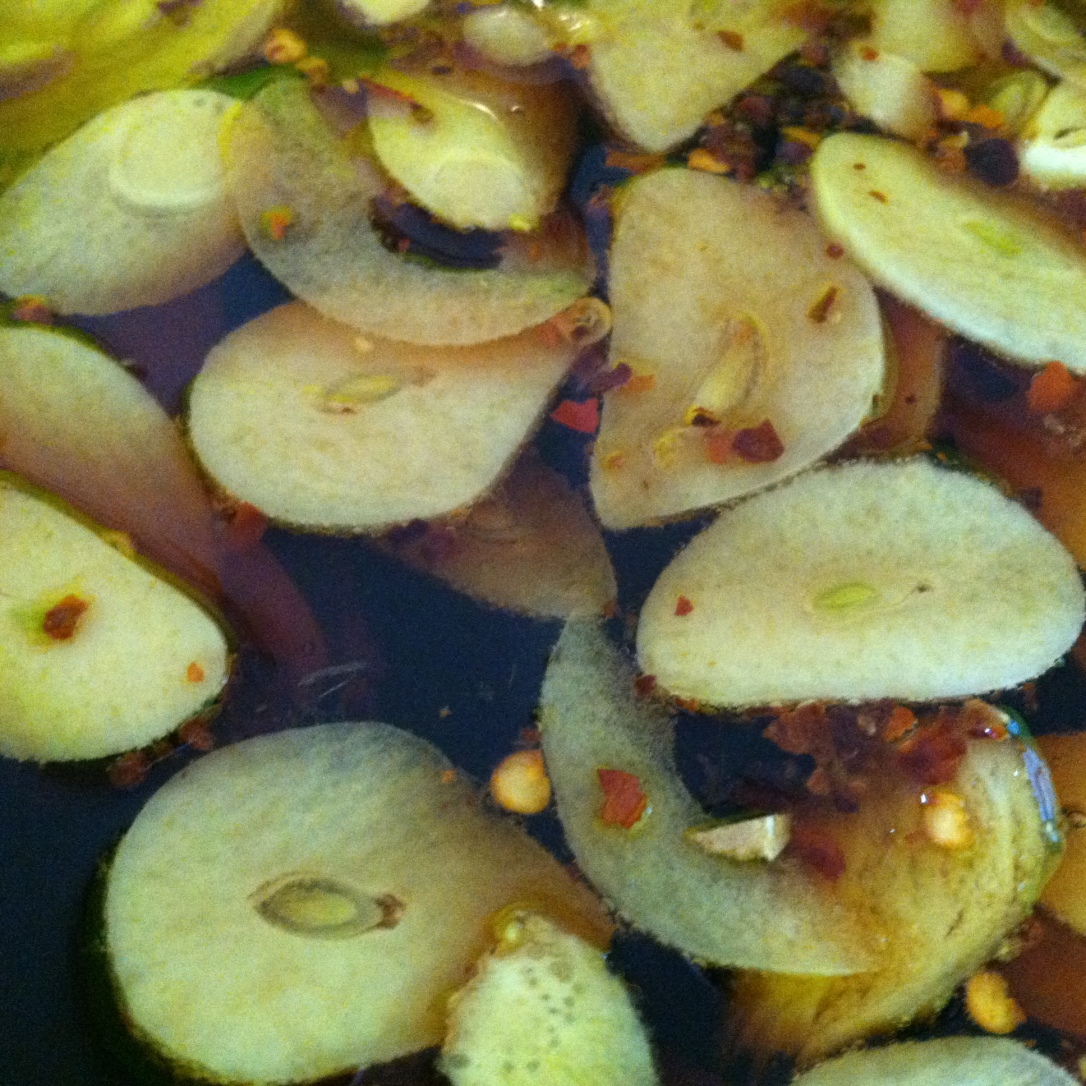 Next add your red pepper flakes as well as the garlic and ginger.

Pour over wings in a large bowl or zip lock bag. 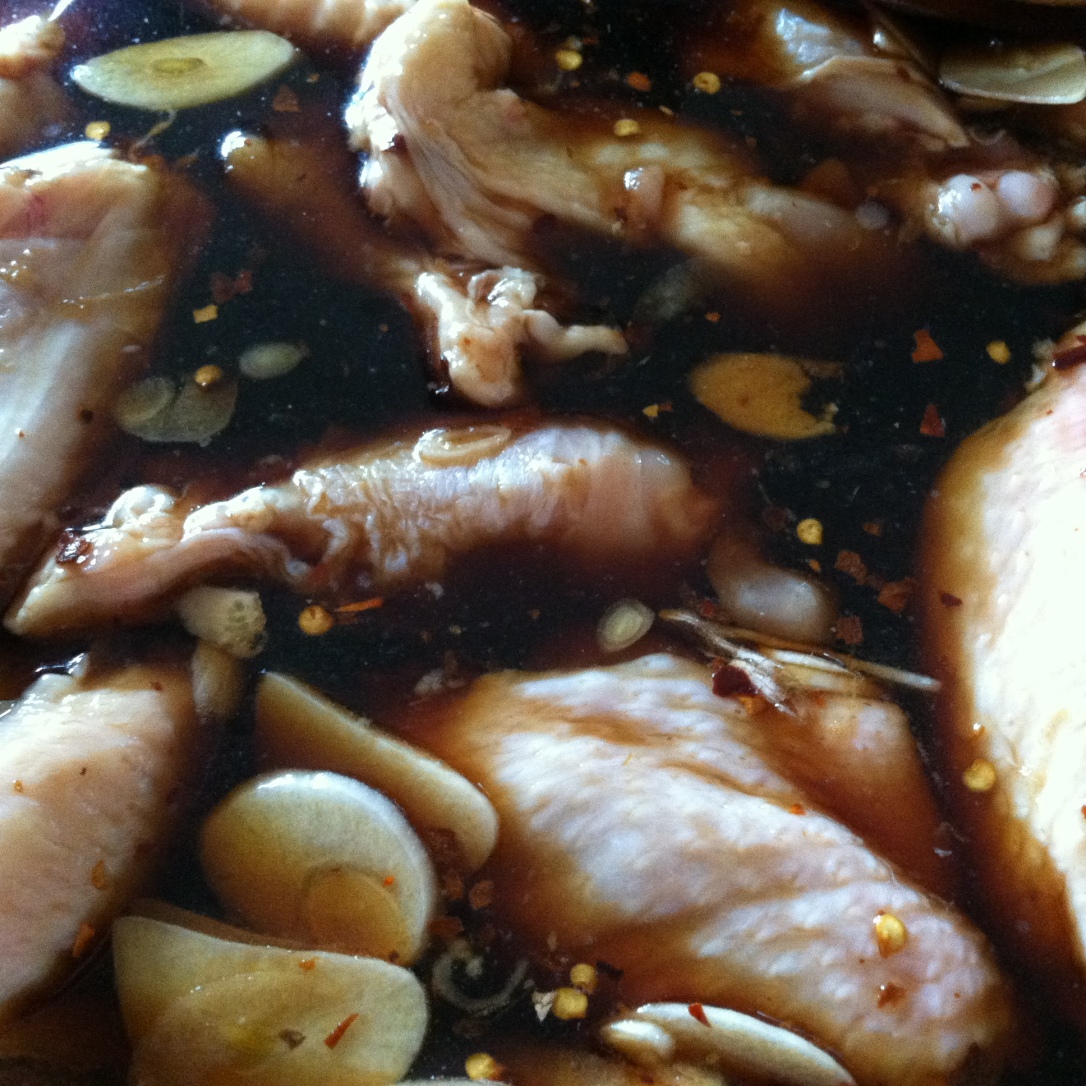 Allow to marinate in the fridge for at least one hour. 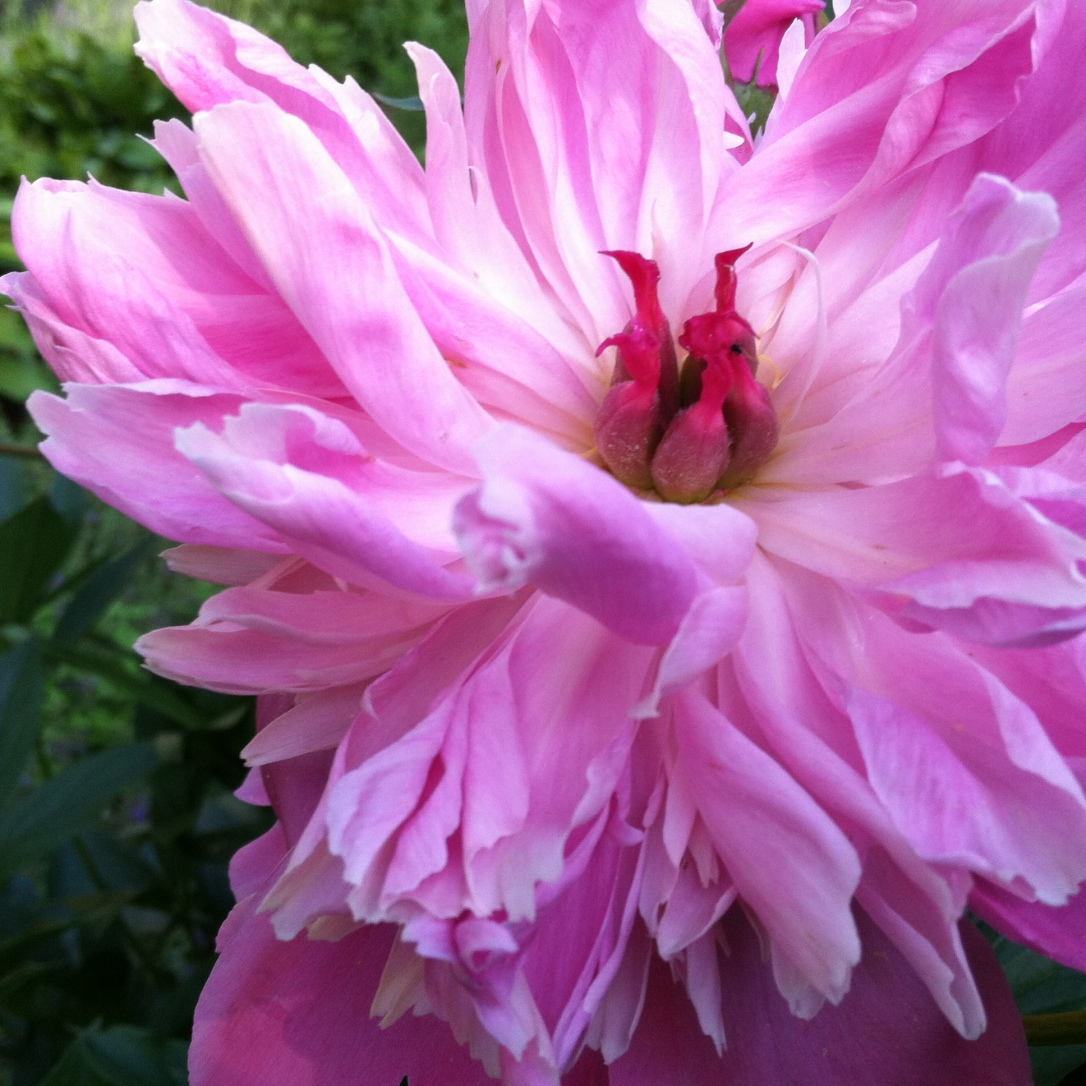 Use this time to talk to your cat like a crazy cat lade, or enjoy nature. There is life outside after all!

Now would you look at that! Don’t they look magical!

Heat oil in a large saute pan (I used two pans dividing the oil among them so I didn’t crowd and steam the chicken wings) over medium high heat. Add wings (being sure to reserve the marinade for later use) and cook about 10 minutes total, flipping them half way trough until they are no longer pink.

Look at them go! 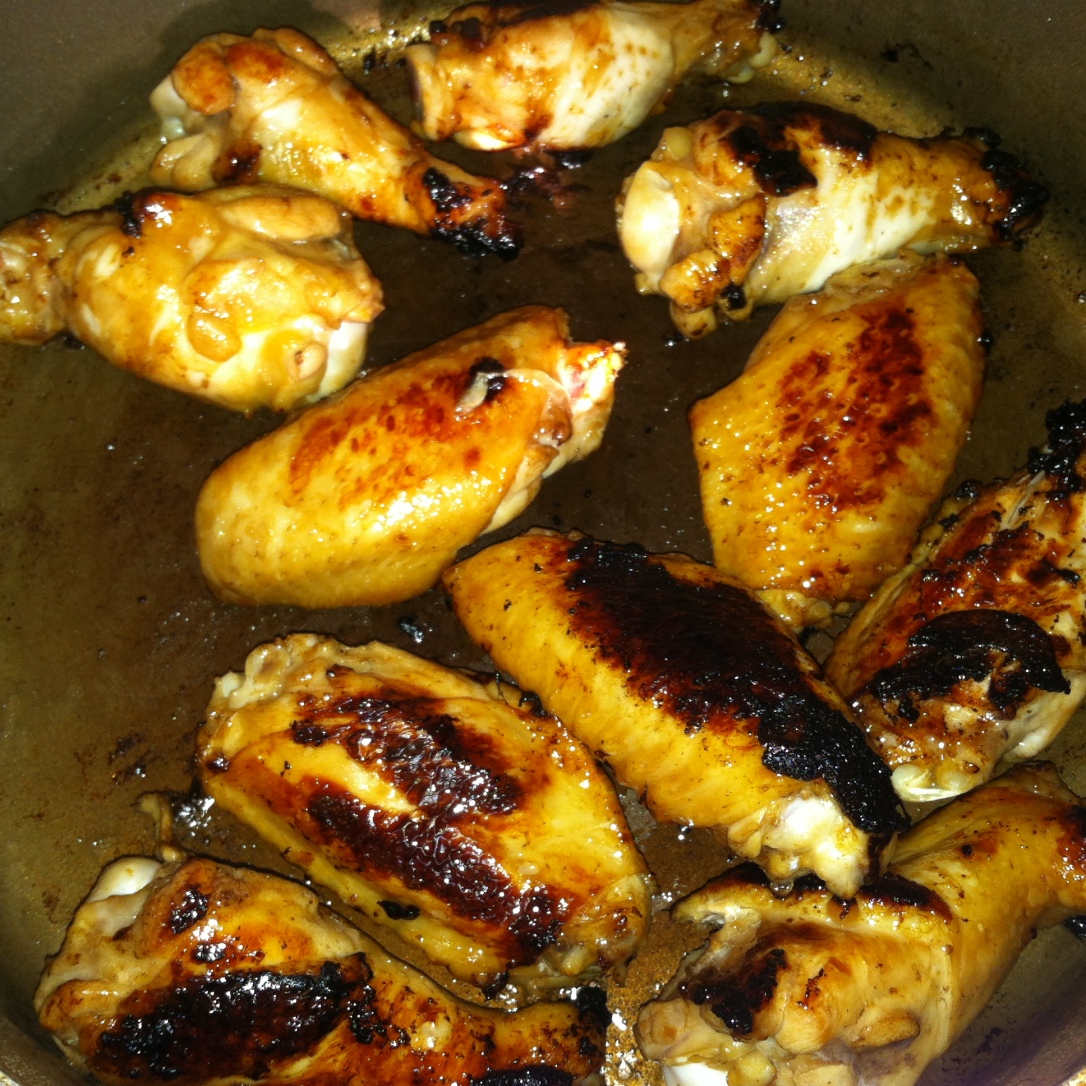 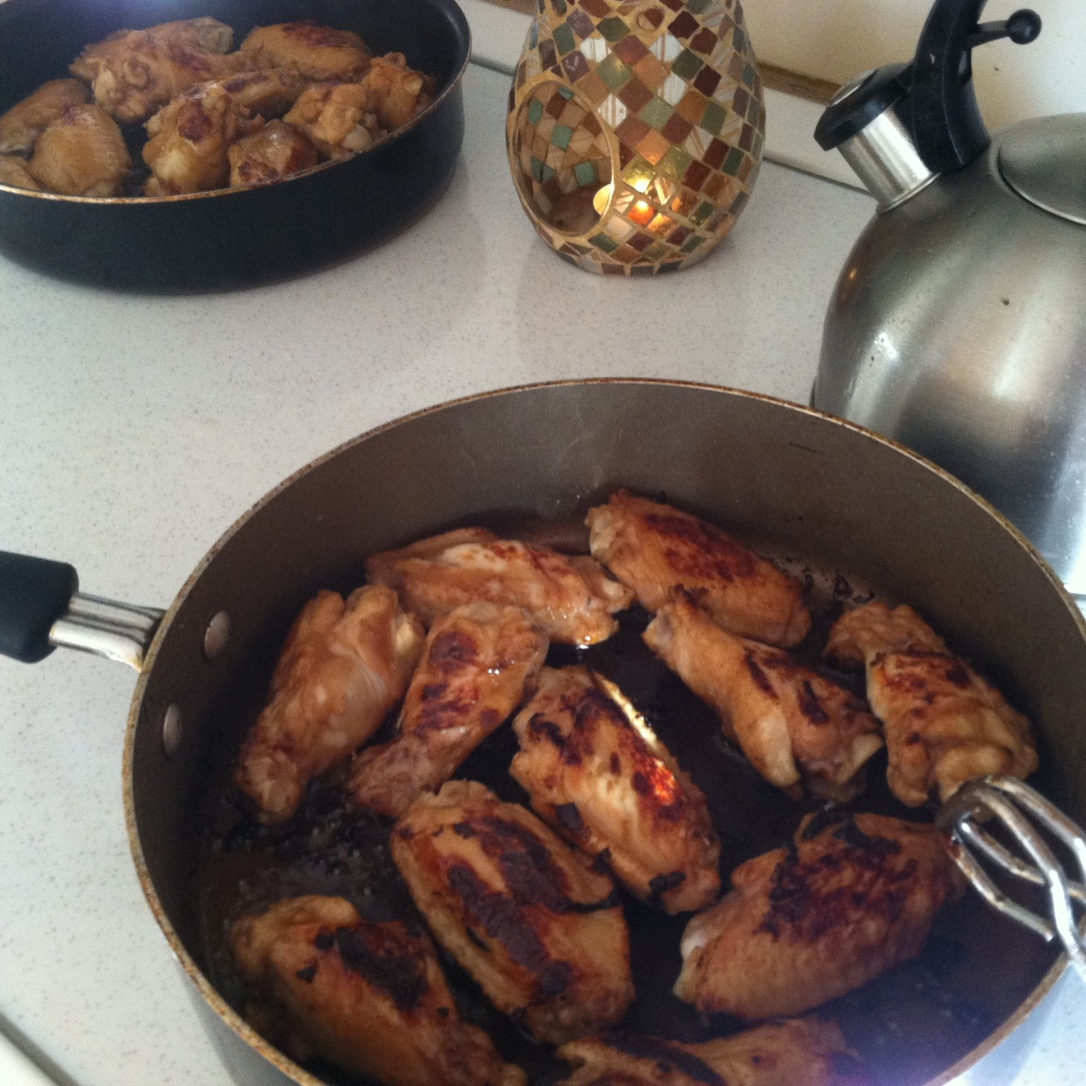 Once they are finished, pour off the fat then add the reserved marinate to the pan(s)

Cover and cook another 5 minutes. Remove cover and cook one last time for 10 minutes or until cooked thoroughly. 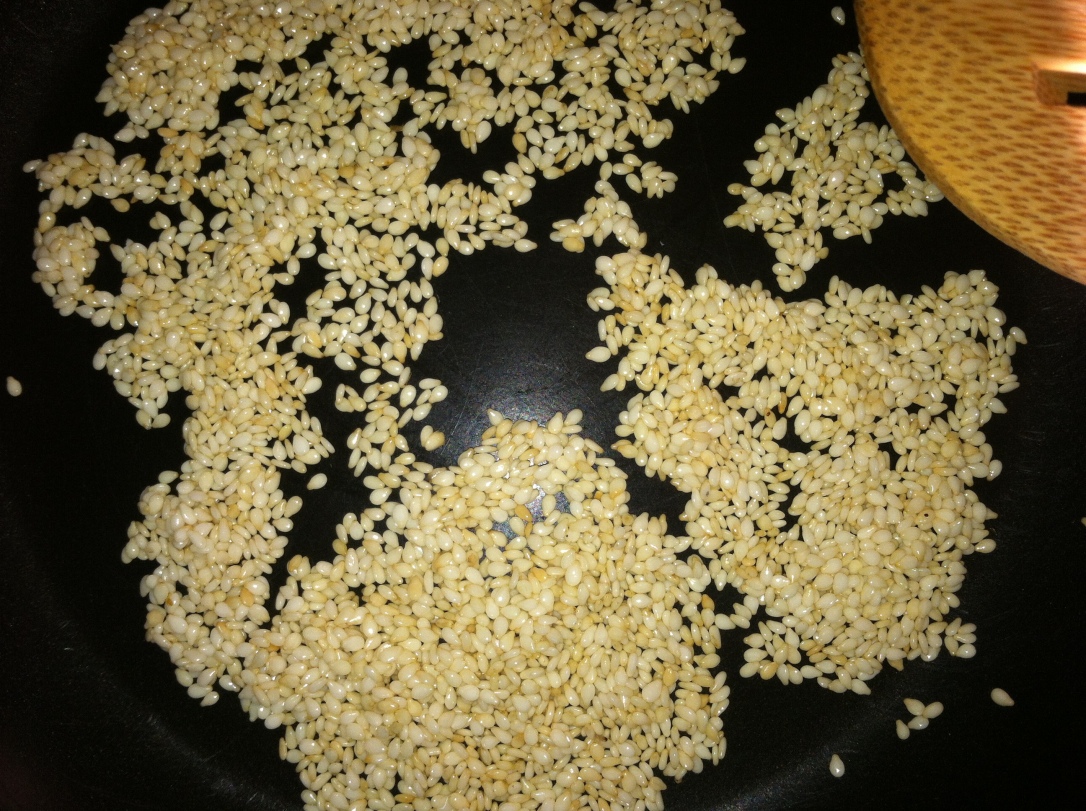 Transfer wings and pan sauce to a platter then scatter with sliced green onions and sesame seeds.

Load up on napkins and more importantly ENJOY! 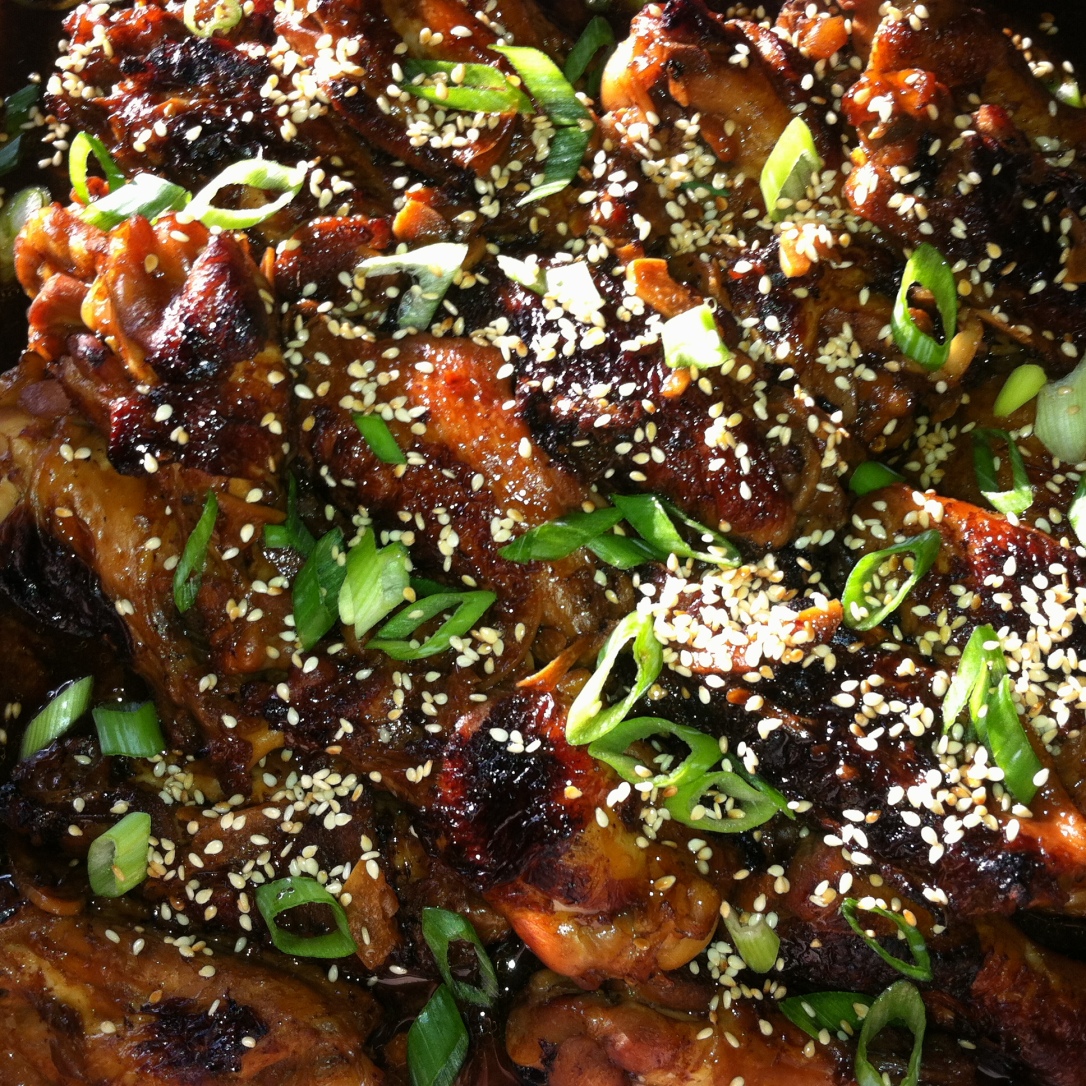 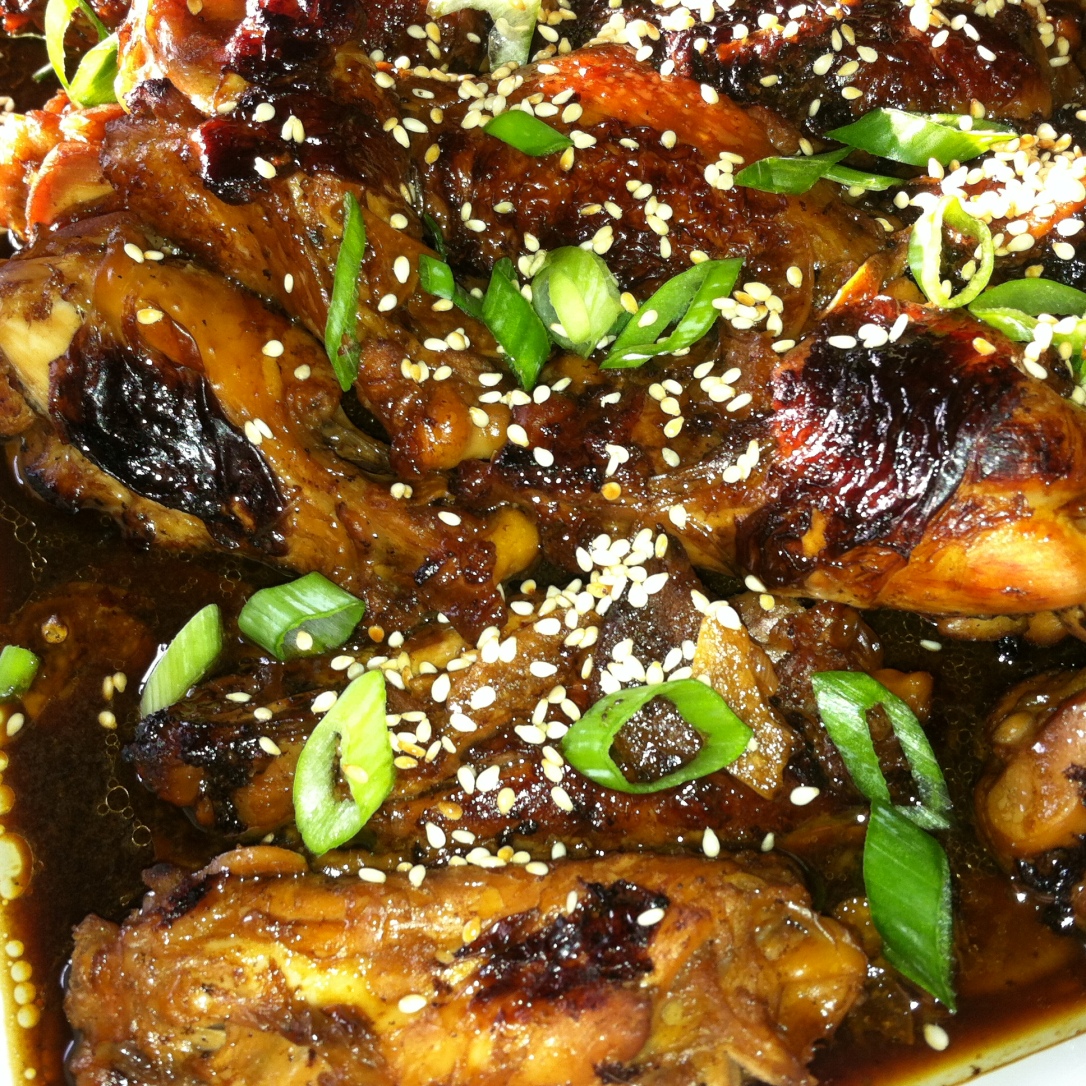 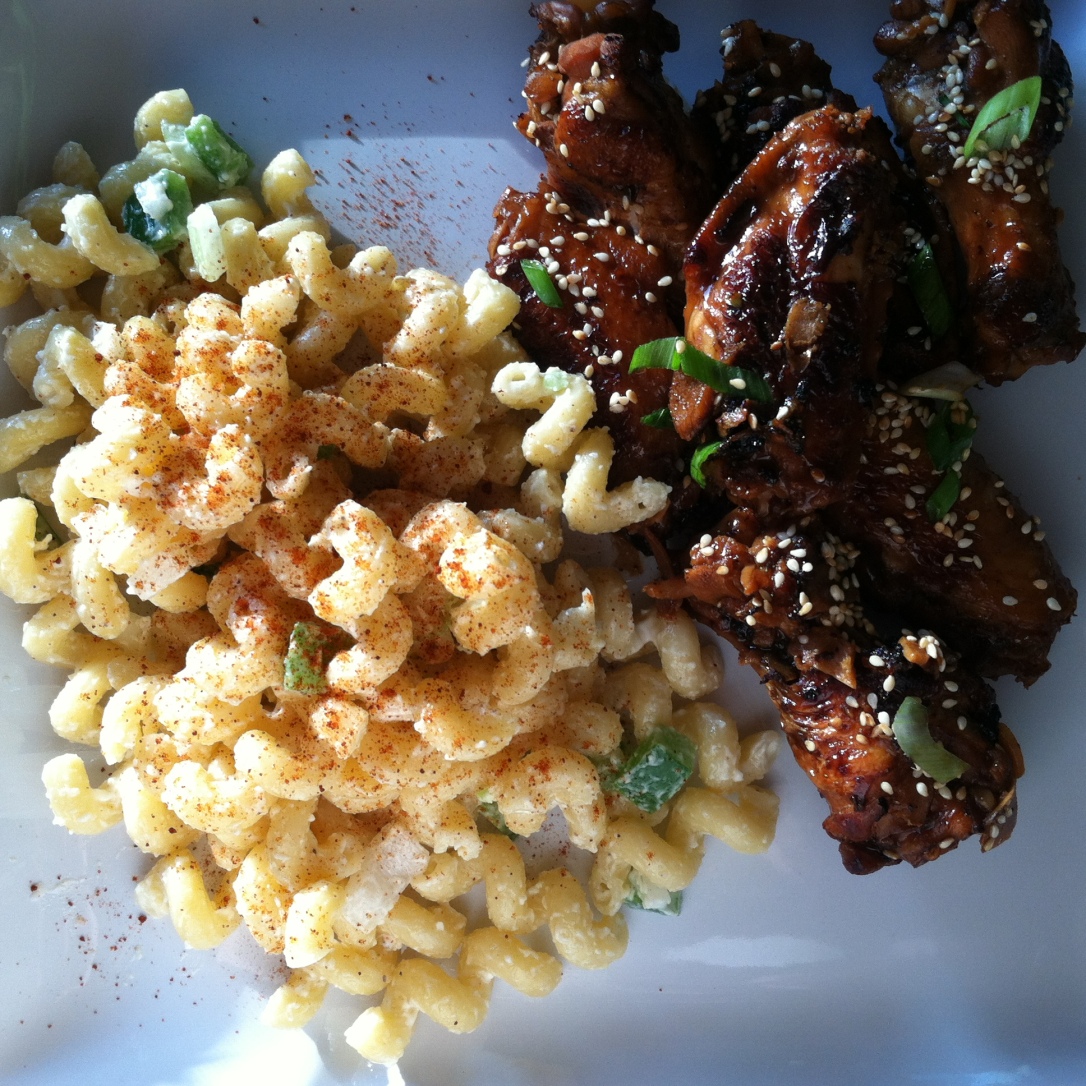 View all posts by Sarah Berthiaume

Look for a recipe